The open economy status and future of the UK 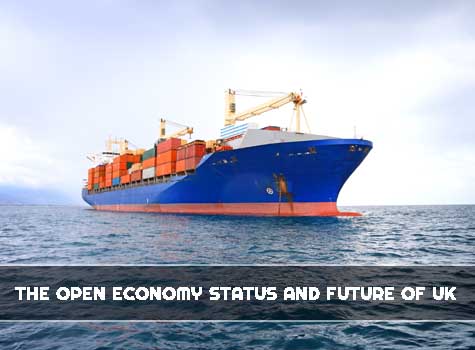 Will it remain a positive image or arise a difficult situation ahead?

The UK is a friendly country and this is fair enough as there are many valuable advantages extracted by it. But there is Brexit ahead and there is going to be a big change in the trade side. So it will be interesting to see what the country will adopt.

A hard image which hardly some will accept or a soft one from which anyone can take advantage in exchange for some smaller favour. Then there is also a choice of balanced behaviour of which for now the world and especially India is not used to and rejects restriction time and again.

This country has deep roots in the UK economy which are hard to get rid of, at least at once. The UK has an open economy and it welcomes trade from every side especially with India through air and sea cargo. But what does the common man get?

Brexit was all about that common man but now it has become a burden on them. So will this open economy image will help any more or should there be a hard stance adopted.

What is the loss of leaving the EU?

UK has been a part of EU trade for a long time so there will be some time taken to get things on the path again. The loss which the UK has to suffer due to leaving the EU is not going to get compensated even if it gets through an agreement with India or any other country.

Such is the importance of EU bloc for the UK. In case of a hard Brexit, there are going to be complications like tariffs, routes and dealing with a heavy incoming. These may be just some starting issues but they are going to affect the common man. EU has closed any new deal coming its way for consideration and it is not good news for Britain at all.

This was a good alternative if the UK had gone for it at an early stage. The main point for it is to maintain a common market with EU so that the trade remains smooth with the bloc and still UK can decide for it the tariffs outside EU trades.

This is a fair deal which would have given amazing outcome. But still some loopholes have to straighten according to the country’s situation and for that time is needed. The irony is that whether there is a hard Brexit or a soft one there has to be upgraded labour to tackle the situation.

The UK is an important trade partner for many countries and even above this is that the UK is reliable. The products it imports or exports do not compromise on quality. To find such trade partners who want to receive as well as send high-quality products will be again a hard task.

EU has a strict check on the goods that are presented for trade and instantly rejects the lower qualities. So the country is used to doing things this way. But nothing is impossible to achieve actually